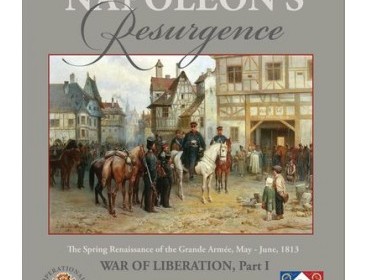 Napoleon’s Resurgence, the latest offering in OSG’s Library of Napoleonic Battles, presents the spring chapter of the second year of Napoleon’s ill-fated Russian War.  Including several battle scenarios as well as a small selection of mini campaigns, the game essentially covers the last best chance Napoleon had to bludgeon a nascent coalition of enemies into submission and to follow that with the signing of a favorable peace treaty.