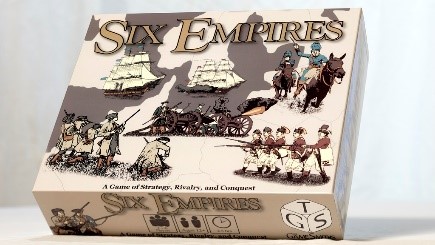 Six Empires is a 2-6 player game of military and diplomatic strategy set in Europe, North Africa, and the New World in the year 1714. Each player controls of one of six empires, each with its unique flavor and play style. In addition to the playable empires, there are 17 independent nations, and any empire which is not controlled by a player remains in the game as a non-player empire.

END_OF_DOCUMENT_TOKEN_TO_BE_REPLACED

By Mitchell Freedman A personal reflection on the relationship between gaming rules, reality and the ties that bind them together. There I was, hiding inside