It is far from unusual within the broad church of board wargaming to find designs based upon the use of wooden blocks. Columbia has dedicated itself to this approach for decades; and recently, alongside the occasional contribution from the likes of GMT, we have had the stunning visual effects of the VentoNuovo “Blocks” series – though, for my taste, the colour has run a little too extravagantly in the case of those designs. And then there are all those C&C offerings; but while there is an awful lot of timber included, they are not really part of this family in any real sense – they may walk the walk just a bit, but when they talk, it is another entirely separate language they go battling off into.

Whatever their subject matter, games that do belong to what we usually associate with the wooden block approach tend to share a range of common mechanisms – each block’s informational sticker gets rotated to show losses; there is often a measure of quality (usually a letter) to show who gets to fight first; and there is a number to indicate how many dice are tossed into the maelstrom of combat. Of course, some games are markedly more complex than others, but there has certainly been a carry-over of mechanical approach, and why not, when it has worked so well for a markedly long time.

But where does the work of Rachel (formerly Bowen) Simmons fit into the scheme of things? In her three games, Bonaparte at Marengo, Napoleon’s Triumph and The Guns of Gettysburg, yes, there are indeed blocks, and there are representative values of strength on one side of these blocks only; and like not a few other members of the family, the maps are divided into areas – but in this case it all adds up to a very different way of working, predicated on an entirely different ethos. For a start, whereas the vast majority of other block games will have you rolling multiples of dice at every turn, there are no dice in any of Simmons’ designs. Random chance, in terms of rolling your way to victory or defeat, does not exist in these three battle worlds – chance comes solely in the form of what the players do and what they think their opponents are doing…essentially, in the worst cases, being fooled, being foolish, or fooling yourself. What these games are not is an intense look at tactical evolutions on early to mid-Nineteenth Century battlefields. You are not forming square or sending the skirmishers out; those things may be considered within the system as “assumed.” What you are doing is deploying force, threatening the use of force, hoping to bluff your opponent into committing to the wrong deployment, and then folding up his/her disjointed position like a wet piece of cardboard.

And, for the most part, it is utterly brilliant.

END_OF_DOCUMENT_TOKEN_TO_BE_REPLACED 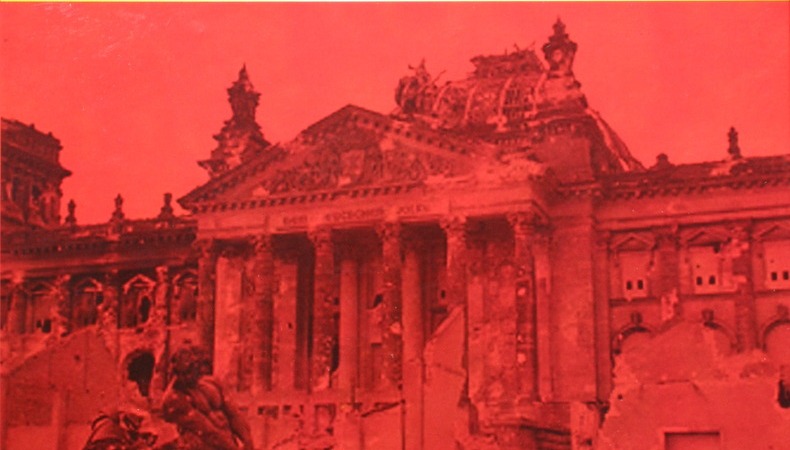 Let me begin by telling you about this extension kit I came up with many years ago. I was just a lad, but a lad with ambitions to turn my copy of Stalingrad into something that time-wise, went beyond spring 1943, and territory-wise, extended all the way to Berlin and Vienna. To achieve this, I drew a map on a bit of card, putting in the cities, the rivers, and the mountains – and because I had no way of drawing a hex grid, I did squares (of sorts); and when I had finished, after some time of trying to put everything where it was meant to go, it looked absolutely horrible… I mean, hideous to the point of travesty. But I was thirteen, and I did not care; I wanted my Berlin map, I wanted the drama of experiencing the death throes of the Third Reich; and just because all I had was a bit of card that was only slightly better marked out than a Viking’s idea of what Australia looked like, I saw no reason to deny myself the pleasure.

END_OF_DOCUMENT_TOKEN_TO_BE_REPLACED

Even as American troops were still fighting to maintain their foothold on the east bank of the Rhine at Remagen, several hundred miles to the east, Josef Goebbels was touring portions of the German front along the Oder/Neisse line. Newsreel cameras followed him, ready to capture moments of steely defiance and resolve for the benefit of those audiences watching Der Deutsche Wochenschau. Goebbels tarried in the town of Lauban, recently recaptured from the Soviets. In the square, he addressed soldiers from the Lauban battle, including a diminutive sixteen year-old Willi Hubner. Hubner would survive the war and find himself being interviewed for various documentaries decades later. As for Goebbels, after greeting the new martial favourite of the Reich, Ferdinand Schörner, he moved on to Gorlitz, where he rallied the faithful in the last sizeable Nazi rally of the war.

END_OF_DOCUMENT_TOKEN_TO_BE_REPLACED

A personal reflection on the relationship between gaming rules, reality and the ties that bind them together.

There I was, hiding inside a church on the Setauket green, my British troops – the 3rd battalion of DeLancey’s Brigade – surrounded on all sides by angry colonists and their artillery. 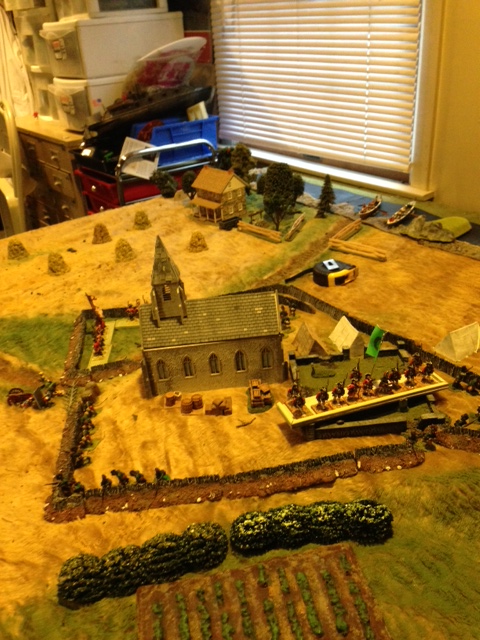 Only a few turns ago, there were more men in the church with me. But, two units had been cut down by wave after wave of fire from the local militia and the Colonial regulars, such as they were.

END_OF_DOCUMENT_TOKEN_TO_BE_REPLACED

There is an issue with naval board wargames that really does not apply to many other areas of the hobby. You can have some big beast of a Gettysburg game, or of Waterloo, or of Borodino; you can advance through the steppes of 1941 Russia with dozens of divisions; return to Cannae or Gaugamela with arms stretching to reach the extremities of your paper battlefield, but you might still have less administrative hassle, drag on gameplay, and threat of that precious weekend coming to a close far too quickly, than if you embark on grey seas to fight battles with the floating custodians of great matter and moment.

END_OF_DOCUMENT_TOKEN_TO_BE_REPLACED

In the heady and desperately deluded days of August 1914, the doubts of the few were readily drowned out by the confident assertions of the many – “Home Before the Leaves Fall”; “Back by Christmas”; “On to Paris!”; “Forward to Berlin!”; and within the various casts of naval nonsense, “Der Tag” (the day of reckoning) for the Germans, and “A Second Trafalgar” (sink everything in sight) for the British.

Needless to say, none of it ever occurred.

END_OF_DOCUMENT_TOKEN_TO_BE_REPLACED 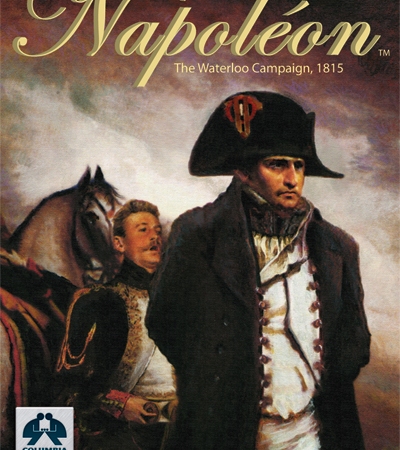 This is a simply a light look at all the Waterloo campaign games I have owned and played over the years. I have tried to include just about anything with at least some campaign element to it, but pure recreations of the climatic battle are not present – so no Wellington’s Victory or The Thin Red Line etc.

Furthermore, I am not going into any deep detail as to how the qualifying games are played. What I am looking at (chattily) is how these games reflected (or failed to reflect) the issues in my Waterloo as an Utter Waste of Time article – that is, operational manoeuvre room, the issue of time, the weather, and command and control.

END_OF_DOCUMENT_TOKEN_TO_BE_REPLACED

According to Helmuth von Moltke, no military plan ever survived first contact with the enemy. According to the Duke of Wellington, his plans were to be best thought of as tatty old bits of harness which could be knotted and pieced back together whenever anything snapped or fell off. For Napoleon, perhaps the single most important factor in a campaign’s success was to be found in one of his favourite maxims: “activité, activité, vitesse, vitesse.” This is best translated by recalling Stonewall’s words about surprising and mystifying your enemy – or in other words, acting quicker than they did and generally getting a move on.

END_OF_DOCUMENT_TOKEN_TO_BE_REPLACED

The box cover says Iron and Oak is a game of “ship-to ship combat during the American Civil War. “

The cover is far too modest. Its really a whole lot more.

Iron and Oak is a game of naval combat, with several  scenarios in the “brown water” rivers and bays where navigation can become a problem. So can the enemy forts that go on the edge of the map and can use plunging fire on the ships below.

Players might run into shoals and have to get their ship re-floated, or they could encounter mines or other obstructions, or powerful currents which can carry their ships where they don’t want to go. There are damage control parties, tables of critical hits, and – perhaps most important – die rolls which determine not only the results of combat, but whether a captain can move his ship at all.

END_OF_DOCUMENT_TOKEN_TO_BE_REPLACED

A Preliminary Review of Founding Fathers

You’re John Adams, President of the United States and Conservative Party leader in the fledgling American republic. George Washington has retired from public life, leaving massive shoes for you to fill. The nation is growing in leaps and bounds and the issues you must contend with grow more complicated and inflammatory each day. Are you up to the task?
END_OF_DOCUMENT_TOKEN_TO_BE_REPLACED